"Over Washington's own long bullet of a winter, his army had overcome a season of logistical nightmares that would have brought a European force to its knees. Like pig iron stripped of its impurities and annealed into steel, his remaining regiments were emerging stronger for their ordeals. ... Valley Forge had been the crucible they had all come through together, the very reason the forces of the nascent United States were now poised to alter the course of the revolution."

Valley Forge by Bob Drury and Tom Clavin chronicles the winter of 1777-1778. It was a time of desperate starvation and deprivation for George Washington and his troops. And if General Howe (the British general in charge of the soldiers occupying Philadelphia that same winter) had attacked the Continental Army at Valley Forge, the British might well have won the war. But he didn't. And the men who survived the extremities of Valley Forge went on to help win the revolution.

This book is a fascinating account of what took place that important year. It's very well-researched and describes the battles as well as the backgrounds of all the main players from Washington himself to his three favorite aides de camp:  Alexander Hamilton, John Laurens, and the Marquis de Lafayette. And it definitely deepened my respect and admiration for George Washington and the men who fought and served with him. But all that rich historic detail means it doesn't always read fast. (A few chapters were a bit of a slog.) Still, I learned a lot. And I'm very glad I read it.


And if fiction's more your style: 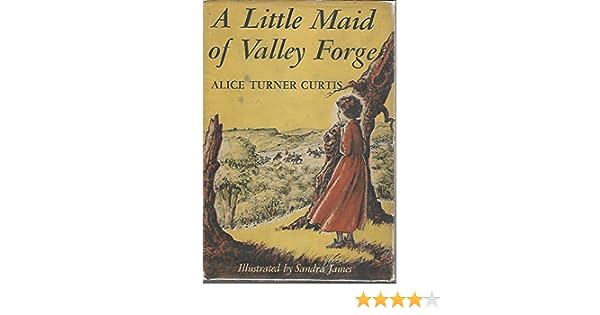