I needed a 20th Century Classic (a book written between 1900-1971) for this year's Back to the Classics Challenge, and I didn't want to read anything super long or depressing. So I decided to go with P.G. Wodehouse's A Damsel in Distress, which was written in 1919. Because who can't use a little more Wodehouse in their lives? 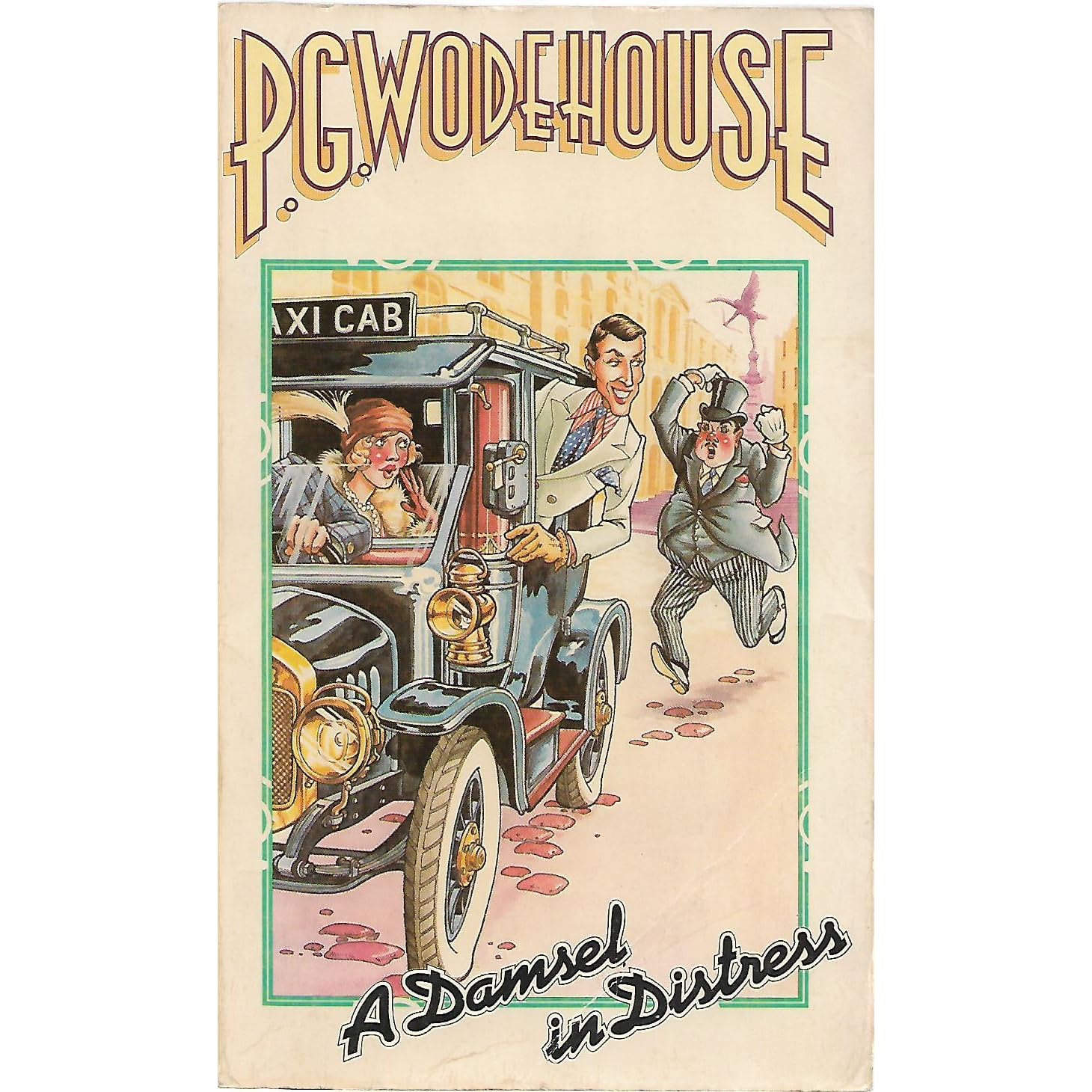 A Damsel in Distress is a delightful novel of comedic mishaps, chance encounters, and English manners. The characters lie at the heart of it. There's Lord Marshmoreton, the widowed seventh Earl of Marshmoreton, who prefers his roses to anything else, and Lady Caroline, his overbearing sister who rules the roost at Belpher Castle. She wants her stepson, Reggie Byng, to marry Lord Marshmoreton's daughter, Maud. But Reggie is in love with the Earl's secretary, Alice Faraday.

"Reggie's was a troubled spirit these days. He was in love, and he had developed a bad slice with his mid-iron. He was practically a soul in torment."

Maud, too, is in love with someone else:  an American she met last summer. Her family, especially her insufferable older brother, Percy, is against the match, but she's a girl with pluck. She heads to London hoping to meet up with the man she loves and lands in a cab with George Bevan instead. George is a successful American composer who's feeling a bit gloomy these days...until pretty Maud Marshmoreton tumbles into his cab.

"This girl's tempestuous irruption into his life had supplied flame for George. Her bright eyes, looking into his, had touched off the spiritual trinitrotoluol which he had been storing up for so long. Up in the air in a million pieces had gone the prudence and self-restraint of a lifetime. And here he was, as desperately in love as any troubadour of the Middle Ages."

The course of love never runs smoothly in a Wodehouse novel,  but it is always filled with funny situations. And George's courting of Maud is no exception.

"...the fairway of love was dotted with more bunkers than any golf course he had ever played on in his life."

Luckily, everything works out in the end. I thoroughly enjoyed this novel: the quirky characters, their machinations and misunderstandings, Wodehouse's droll wit, and, of course, the happy ending. It's a fun one, from the servants downstairs to the Earl himself. But then, Wodehouse always makes me smile.
Happy Reading!
P.S. You can check out my other Wodehouse post here.