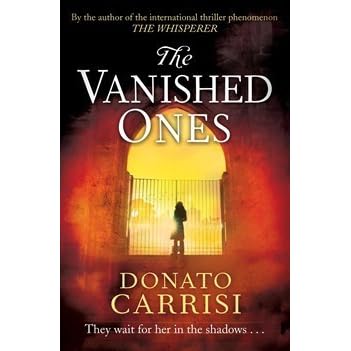 Mila Vasquez works in Limbo--the missing persons bureau at Federal Police Headquarters--where the walls are covered with photographs of the missing. So she's surprised when she gets summoned to the scene of a mass homicide. The apparent shooter? A man who went missing seventeen years earlier. Then another murder is committed; this time by a woman who went missing three years ago. It's a disturbing pattern. Why did these people decide to disappear all those years ago? Where have they been all this time? And why are they coming back to commit these murders now? As Nina puzzles over these questions, she comes across an even more disturbing clue. One that links these cases with another that took place twenty years earlier. A case that was never solved.


"The long night has begun. The army of shadows is already in the city. They are preparing for his coming, because he will soon be here. The Wizard, the Enchanter of Souls, the Goodnight Man: Kairus has more than a thousand names."

The Vanished Ones by Donato Carrisi is an intense and compelling psychological thriller that delves into the darkness that dwells in the souls of men, and how easily some people can by manipulated by evil. Carrisi's plots are impossible to predict; I love his many turns and twists, and how I never know what's coming next. And Mila is such a great character:  complicated, unconventional, impulsive, perceptive, and utterly devoid of empathy. She's also a fear junkie who's drawn to the darkness within her own soul. She's in Carrisi's previous novel, The Whisperer, (which I also loved and which you should really read first).  Carrisi is the master of psychological suspense and his books are unforgettable 5-star reads.

P.S.  Carrisi's The Lost Girls of Rome is also an amazing read.