I considered finding ten classic openers for this post. Or ten fabulous beginnings from some of my favorite books. But that seemed like a lot of work. So I took the easy way out and went with the opening lines from eight recent reads and two books that are sitting on my TBR pile instead. Would any of them make you want to keep reading?

2. The good thing about being suddenly overcome with fresh terror is that you forget everything else you were afraid of.
--Paige Shelton

3. Sarah missed the end of the world because of the flu.
--P.J. Dziekan

4. The librarian and her mule spotted it at the same time.
--Kim Michele Richardson

5. If my sister Alma had lived, I should never have begun the seances.
--John Harwood

6. When Thomas Wolfe said you can't go home again,
Cat Latimer wondered if he knew he was full of crap.
-- Lynn Cahoon

7. There are many perks to living for twenty-one centuries, and foremost among them is bearing witness to the rare birth of genius.
-- Kevin Hearne 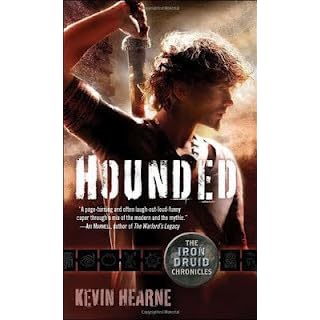 8. Ethan Kaille eased his knife from the leather sheath on his belt as he approached Griffin's wharf, the words of a warding spell on his lips.
--D.B. Jackson

9. It was three minutes past midnight, and the dead wouldn't leave me alone.
-- Suzanne Harper

10. The Nazi officers are dressed in black. They look at death with the indifference of a gravedigger.
--Antonio Iturbe