Veiled by Benedict Jacka is the sixth book in his Alex Verus series; and it's just as good as the first. In this one, Alex's former teacher, a notorious Dark mage named Richard Drakh, has returned to England. And he wants Alex back on his team, which is the last thing Alex wants. So, to protect himself and his friends, Alex joins the Keepers, the enforcement arm of the Mage Council instead. Of course, it would help if the other Keepers didn't view him as the enemy, but according to many of them, "Once a Dark mage, always a Dark mage." So Alex will have to prove himself once again. 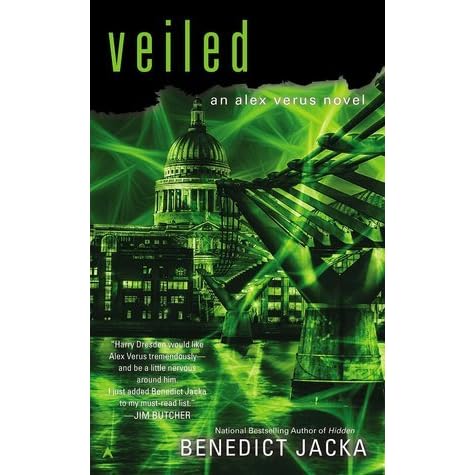 Of course, his first case, which should have been a simple and straightforward investigation, gets a lot more complicated when Alex encounters an Air mage assassin, a scared young runaway, an ice cat, and a deadly conspiracy. Luckily, Alex has another sense--"my diviner's sight--and it multiplied what I could see a million times over...a diviner can actually be quite an effective fighter, in an unconventional sort of way. We aren't any stronger or faster than regular folk, but all that information gives us an awful lot of leverage...(Because) when you can see the future, it changes things a lot."

This is one of my new favorite urban fantasy series. And Alex Verus is one of my all-time favorite characters. I've enjoyed every book I've read so far about him and his friends. But just so you know, this is a series that's best read in order.