A Long Way Gone: Memoirs of a Boy Soldier

Ishmael Beah's memoir is compelling, traumatic, heartbreaking, and unforgettable. The atrocities of war, and the losses he experienced in Sierra Leone, should never happen to anyone, let alone a 12-year-old boy. The fact that he survived to tell his story is a testament to the kind strangers who helped him along the way and to his own courage and indomitable spirit. But instead of telling you my opinion of his remarkable journey, I'd rather let his own words speak for themselves.

The first time that I was touched by war I was twelve. It was in January of 1993. I left home with Junior, my older brother, and our friend Talloi to participate in our friend's talent show. ... We didn't know that we were leaving home, never to return.


I had heard from adults that this was a revolutionary war, a liberation of the people from corrupt government. But what kind of liberation movement shoots innocent civilians, children?


During the day we searched for food and take turns sleeping. At night it felt as if we were walking with the moon. It followed us under thick clouds and waited for us at the other end of dark forest paths....Some nights the sky wept stars that quickly floated and disappeared into the darkness before our wishes could meet them. ... (And) the moon hid behind clouds to avoid seeing what was happening.


We tied our heads with the green cloths that distinguished us from the rebels, and we boys led the way....We walked for long hours and stopped only to eat sardines and corned beef with gari, sniff cocaine, brown brown, and take some white capsules. The combination of these drugs gave us a lot of energy and made us fierce. The idea of death didn't cross my mind and killing had become as easy as drinking water....Whenever I looked at rebels during raids, I got angrier, because they looked like the rebels who played cards in  the ruins of the village where I had lost my family. So when the lieutenant gave orders, I shot as many as I could, but I didn't feel better.


We had been fighting for over two years, and killing had become a daily activity. I felt no pity for anyone. My childhood had gone by without my knowing, and it seemed as if my heart had frozen....In my head my life was normal. But everything began to change in the last weeks of January 1996. I was fifteen.


"None of what happened was your fault. You were just a little boy."  Even though I had heard that phrase from every staff member--and frankly I had always hated it--I began that day to believe. That didn't make me immune from my guilt that I felt for what I had done. Nonetheless, it lightened my burdensome memories and gave me strength to think about things. 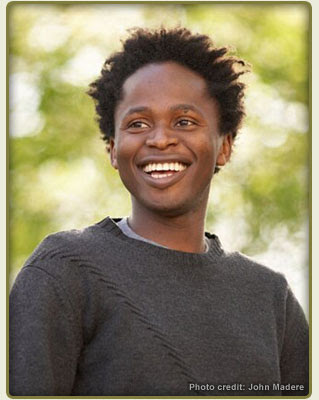 Ishmael Beah is an amazing person. I'm so glad he decided to share his story with the world. My only complaint about this book was the abrupt ending. It felt like the last chapter of Beah's life was missing from the story. Even a brief epilogue of how he ended up in New York would have helped. But that's my only complaint. All in all, this is a powerful and gripping book that I think everyone should read.